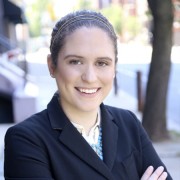 At Health Union, our online health communities: Migraine.com,MultipleSclerosis.net, RheumatoidArthitis.net, Type2Diabetes.com,HepatitisC.net, COPD.net, CrohnsDisease.com, Asthma.net, and IrritableBowelSyndrome.net, have experienced mobile traffic more than close to double that of desktops and laptops. While a lot of reasons could play into this, such as the demographics of our communities or the role of promotions of our content, recent trends regarding mobile and PC devices show we are not the only ones to experience such an increase in mobile usage. Recent research has shown an explosion of mobile use.

Recent research has shown desktop purchases and time spent online haven’t decreased, it’s just that smart phone purchases and time spent online have increased exponentially.4 Is the takeaway here that people are spending more time online overall? Smartphones are portable and can be taken anywhere, and generally less expensive than a desktop or laptop computer. The web, apps, social media, location services can all be accessed instantaneously. As the Wall Street Journal (WSJ) puts it, “mobile’s share of traffic is growing, but the overall pie is growing too.”5 And, media owners and creators, such as ourselves, have to take this into account as the strategize how to best reach their members using mobile and PC devices.

As the Pew statistics depict above, 77% of adult smartphones use their devices to avoid being bored. Pew breaks this stat down further and results showed 99% of users use their smartphones at home, 82% in their car or public transit, 53% while waiting in line, and 50% walking from place to place.2 The WSJ found that overall growth of mobile devices has predominantly occurred during the morning and night hours, which again would suggest that people might be using their mobile devices as a time-killer, whereas desktop/laptop usage seems to have remain consistent during the weekday.5 So, how can we take advantage of those looking to kill time? Facebook’s news feeds and trending topics are examples of time-killer features. Push notifications are another example. They are app-centric only but can app-like notification features be carried over to web browsing? These are just a few ways but as we think through ways to keep users engaged, we want to provide them with ways to combat boredom.

In 2015, 75% of video views on Facebook were through a mobile device. Our most recent video experiment supports this statistic.6 On the RheumatoidArthritis.net page, autoplay statistics were over 96% of the total video views and much of this we attribute to autoplay on mobile. Visual content such as video and pictures continues to rise such as Facebook, Snapchat, and Instagram, and numbers show user-shared video views is increasing quickly. Is there a way to marry user generated content and mobile? Users are now the creators and the app or site are the curators. This model aligns directly with ours at Health Union. We need to determine how best to give people the opportunity to share both their content as well as ours on mobile.

Pew found that 49% of smartphone users reported they’ve had experiences where content was not optimized or displaying correctly on their device.2 Optimizing for mobile may include everything from site design to site structure to page speed to optimizing any newsletters and emails.

In Pew’s research, 47% of smartphone users reported at some point experiencing connectivity issues.2 Due to these issues, page speed becomes a big consideration for optimizing for mobile. Minimizing coding, ensuring browser caching to remember a person when they visit, and ensuring images and videos can load quickly are a few ways options to leverage page speed. URLs should be the same across all devices whether the user is on mobile or desktop. For images, mobile users want high resolution images without scrolling to see the full image and they don’t want to experience further lag time than they would on desktop.7

From Apple watches to mobile devices, screens are getting smaller and people are viewing these screens vertically. When a person searches on mobile screens, less search results will appear. Making titles, meta descriptions, keywords, and URLs as concise as possible without losing the quality of information becomes important when structuring a site.Horizontal screens (Desktop/Laptop and TVs) still dominate the amount of time per day internet users are viewing content, but vertical views (mobile) are increasing. In 2010, the average time spent vertically viewing content was 0.4 hours, while the average in 2015 is 2.8 hours.6,7

With the increase in mobile and tablets, the whole game has changed how users navigate the web and the ‘above the fold’ rule remains highly debated. As mobile users want information with “ease and speed”, it’s important to allow users to easily scroll and ensure the most important pages of the site are above the fold to drive users to want read more and navigate further. To ensure we’re doing this, we pull monthly analytics regarding device usage and resolution and base content optimization off these statistics. Within Google Chrome’s Develop Tools, we can test how each of our articles works on different mobile and tablet devices.8

How are our members accessing emails? Marketing statistics show emails are increasingly being opened on mobile more so than desktop mail apps and webmail. For instance, according to Google, 75% of Gmail users have access to email on their mobile device.6 Pew reports 88% of users use email features on their device. Campaign Monitor found in the first quarter of 2014, 42% of emails were open on mobile, 14% on webmail, and 23% on desktop. The biggest complaints people have about smartphone email are:8

As with any content on our site, we need to ensure our emails are mobile friendly and keeping our users engaged.

Is there value added with an app? On the pro side, apps allow users to tailor their experience to be mobile-specific and allows for push notifications. Statistically 85–90% of smartphone users spend their time on apps. However, 80–90% of this time is spent on the top 20–25 apps.3 So we can infer: yes, people are using apps, but they’re only using the same apps repeatedly. Ultimately, users visit a larger number of websites than apps. For value to be added, an app can’t be a duplicate copy of a website. If the app doesn’t provide an experience the mobile site cannot, there isn’t value added. But, we can continue to utilize apps such as Facebook and Twitter to help drive traffic to our site and provide content to our members. So, while developing one’s own apps might not make sense for everyone, we have to take into consideration mobile devices do create a culture where users expect to “get what they want with ease and speed.”3

Why do people like to communicate via smartphone? It’s “asynchronous yet instant”. It’s “expressive yet fast”. It’s “engaging yet user controlled”. It’s “casual yet professional”. It’s “easy yet productive”. It’s “personal yet mainstream”. It’s “mobile but distributed”. It’s “instant yet secure”. It’s “real-time yet replay-able”. It’s “current yet evergreen”. It’s “accessible yet global”. It’s “simple yet 24×7”.3 KPCB attributes these factors as the reasons people like messaging through their mobile devices but these behaviors pretty much apply to all mobile features. And, as we brainstorm through our mobile strategy, we need to keep all of these in mind.