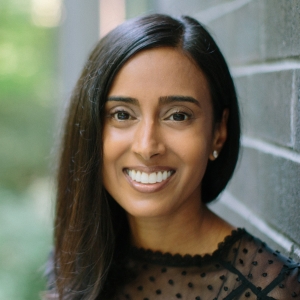 May 7, 2020 — PM360, the premier information resource for marketing decision makers in the pharmaceutical, biotech, diagnostics and medical device sectors, has named Amrita Bhowmick, Health Union’s chief community officer, as one of the 2020 PM360 ELITE. She is one of three individuals recognized in the Mentors category. Now in its sixth year, the PM360 ELITE recognizes the 100 most influential people in the healthcare industry today. You can read the official write-up on Amrita on PM360’s website.

In 2010, before online health communities were popular, Amrita Bhowmick began her crusade to positively leverage technology, specifically condition-specific websites and social media, to engage people living with challenging health conditions in meaningful ways. Invited to join Health Union at its inception, Amrita helped to build the model that the company continues to evolve.

Amrita leads the 50-person community development team – the company’s largest – which cultivates Health Union’s 27 (and growing) condition-specific online health communities that reach more than 11 million people monthly. At every level and across the organization, Amrita is highly regarded as a passionate, caring person who strongly considers and advocates for the needs of her team and the people within Health Union’s communities.

The PM360 ELITE Awards were established in 2015 to recognize individuals who have made a significant impact on the healthcare industry throughout their careers. More than 500 submissions were received, and nominees were evaluated and selected by the PM360 editorial staff based on their accomplishments; testimonials from their bosses, clients and colleagues; and supporting evidence that reflects the impact of their efforts.